Showing posts from September, 2010
Show all

The Price is Right ain't no place for hood folks. 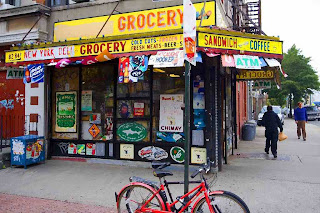 I was thinking the other day about the price is right and all that crazy stuff Bob (big pimp) Barker did and wondered what it would be like if someone from the ghetto (not years ago but living here now) was to play the game. I think it would go something like this...

Taneeka Johnson.... COME ON DOWN! You are the next contestant on the Price is right... Music.

This is when you notice that Taneeka is not in fact on her way down but on her phone texting her friends to let them know to watch her on the television. I guess she forgot that it is taped and not live, anyway.

Once she finally gets down to the stage and gives shout outs to her friends back home and sets her mind on winning a car and all that things take a sudden and drastic turn. The appliance they have to bid on is a New Refrigerator and Tameeka nails it on the head to go on to the next game. Of course Tameeka loses the the price naming game because prices are way, way different for stuff at the Iranian store in the hood, the lit…
Post a Comment
Read the rest of it »

Booty in a sexy dress just make you thank the stars that you are black. 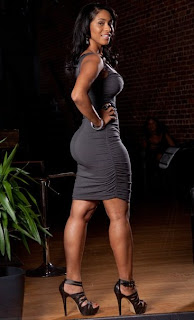 You got to admit that this is some seriously classy booty in this here dress. I have nothing more to say but thanks for sending it in and I hope yall enjoy it. WOW!
2 comments
Read the rest of it »

Has your wife ever admitted to being wrong? (EVER!) 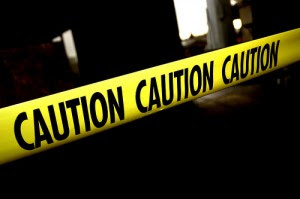 Has your wife ever admitted to being wrong? (EVER!)

*Updated 2015: I have been in this relationship 30+ years and my wife has never been wrong.... She beat JESUS record.

I know I ain't the only one around here sick of hearing "Oh I thought" from people who messed up and want to shift the blame or at least part of the blame to you.

My wife, daughters and plenty people I know and have known seem to be big fans of OIT.

Say someone goofs up an assignment at work and the boss gets after them, the reason their sellout butts will allot of the time give is OIT.

Oh I thought so and so had did it.

They know what was meant, they just messed up. Admit it and go on with life.

My Wife is an OIT Diva, but only on crap about my actions. She can see me looking for something and without even asking me (10 ft away) what it is and then hit me with an OIT later. Something like.... 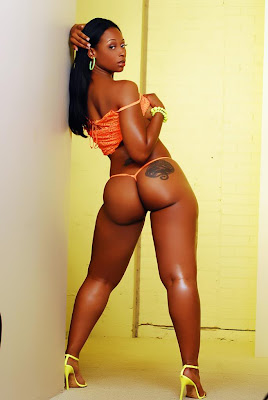 I don't know how Ms Juicci slipped past my scouts but here she is in all her sexiness for you to enjoy. I will be sending out more photos of her today (later) in the bootymail email. That is if you are a member.


Find anyone instantly - Unlimited - $5 a year.
3 comments
Read the rest of it »

Why is all "Black help" targeted at black women? 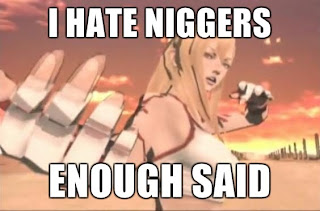 Every so often white America will extend a helping hand to the poor and needy black families in its boundaries, why is it never targeted at the actual families but only at the women directly and children indirectly?

This is a question I have pondered for 3 quarters of my life without successfully finding an answer.

On one hand the help actually helps but on the other hand it destroys. Destroys bonds, destroys families, destroys pride and destroys the black man. Would it be so hard to design a program that actually helps the black family and not just the black woman? How would any other race of man react if someone offered their wives and daughters money to head a household if the agreed to oust the previous and natural head of household....the man of the house? Well that's exactly what welfare sought and succeeded at doing. Welfare slowly and methodically took the one resource essentially to the emotional survival of the black man in America, black women. How could black leaders n…
1 comment
Read the rest of it » 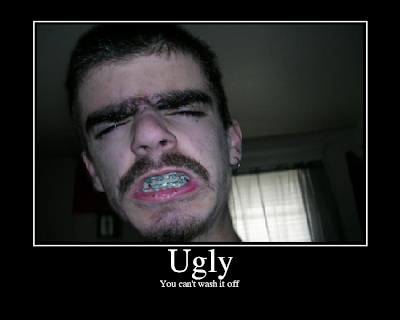 1. Sorry it's so dark in here, the light is blown.

2. Sorry, you just startled me a little when you came in.

3. You have something on your face right there... Oh my bag.

4. Charles wanted to be here, the illness just stuck up on him.

8. Of course I am not embarrassed of you, my friends are just busy.

9. I would invite you back to my place but the exterminators said to give it 24 hours.

10. No honestly, you look nice. I was just holding in a sneeze.

Overheard Conversation. Funny, at least to me

1st Girl: You know how you see someone who's ugly but you can't tell them?

1st Girl: Well, I got something to tell you.

I don't know what happened after that because I was walking past but that made me laugh all day today. That's the perfect setup and I am using it for the rest of my life, just wanted to share. I will be using it on my girl when she get home.
Post a Comment
Read the rest of it »

Bria Myles booty even big from the front....Dam!!!! 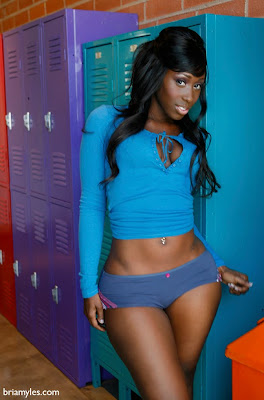 Ten things no one understands about white people. 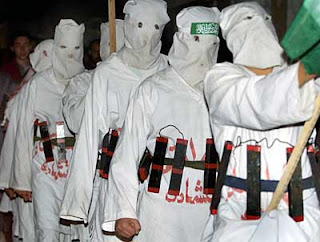 I know thant there will be those that accuse me of being racist for writing this post but I serious want to know the answers to these questions. As far as me being a racist, I am not. I am however a uber light skinned black guy with actual white people in my family and of blood relation. I have been schooled in how to respond to racism by black and white relatives (completely different approaches by the way) and have about the best perspective from both sides of anyone walking on the earth. I am convinced that black and white people are guilty of promoting racism and making it the ever present social issue that it is, white people for lack of understanding and black people for anger. Anyway I want to just ask my questions and hopefully get some comments that may answer a few of them beyond responses from Jimbob with te regular nigger jokes and hate rant/speech. 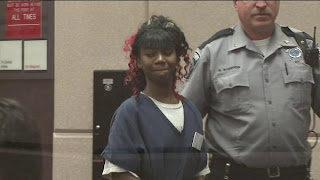 Police found a baby walking the streets 1 mile from home at 11pm at night, the mother was arrested. Why arrest the mother? Anyway here is the story from the channel 12 website

Officers picked up the little girl near 27th and Burleigh streets at about 11 p.m.

A number of police officers regularly patrol the area. They found the little girl walking around all by herself.

After the girl's picture was aired on television Tuesday morning, the Milwaukee Police Department received calls identifying the child.

"I felt bad for the baby. I mean, what parent wouldn't feel bad for a baby roaming the street," neighbor Keisha Thomas said.

Thomas didn't see the little girl Monday night, but said she remembers seeing the child at a corner store before.

My take on this.

Why arrest the mother? She faces up to 9 months in jail for what? She said in…
Post a Comment
Read the rest of it »
More posts