Showing posts from January, 2011
Show all

50 questions and answers about Black History.. 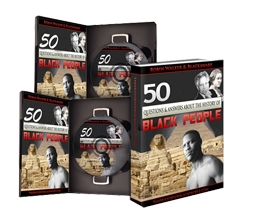 50 questions and answers about Black People you may be scared to ask. When I first found this website I was all ready to give it the business and call it a scam, that was until I thought about it while watching the video. About 30 seconds into the video a funny thing happened, I started actually watching it. Prior to then I was hearing as background noise because I was typing and did not want to stop to shut it off. But after hearing all the video's content I actually think it is a very good product...For white people mainly. This can probably do a lot for people in select groups. All of the people on the video are british sounding so I would guess that this isn't an African American type deal but hey for the most part black is black so some good will be served by this product. At the very least take a look at the page and tell me what you think. I mean there are allot of black children being raised by white parents and those children and those kids could benefit from this
Post a Comment
Read the rest of it »

By Husla3x - January 18, 2011
I am sitting at my breakfast table listening to wisn 1130 in Milwaukee, Wisconsin and the story that the morning radio morning guy is talking about is whether suburban police stop young black drivers more than white counterparts. He is actually claiming that they don't, are you serious? Why can't people just admit the existence of DWB (driving while black) and move on? The police are above being human like airport security? OMG!!! I will write what I think later this morning so be sure to come back.
Post a Comment
Read the rest of it »

Oooh, aha & I told you so - things we never outgrow. 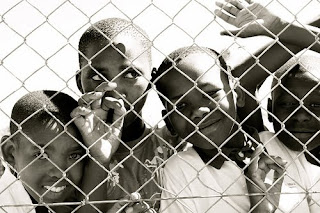 No matter how mature you think you are or how cool you think you are there are just some things that turn us all into children, even if only for a moment. Booger used in the right way will make you laugh or smile. Watching someone who thought they were cool or better than you slip on some ice will still make you laugh. Your parent objecting to an action of yours will still cause you to lie or sneak to do that action a lot of the time. A girl or woman calling you out will still be felt by you. People act al super cool and mature alot of the time but there is a little boy in every man and a little girl in every woman, if there wasn't what would be the point of living? To pay more bills or work harder? The sad thing about now is that the world will force you to grow up faster than in the past. 10 years ago I could have snowball fights outside with the area kids with no ones parents wondering or worried about the grown man out there acting a fool, probably a pedophile or somethi
Post a Comment
Read the rest of it »

Hating Black Men With Money, Is it possible still? 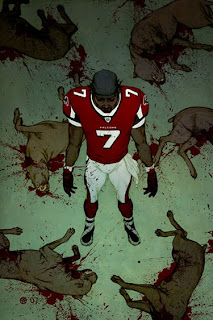 I keep hearing about Micheal Vic and the whole Dog Fighting fiasco and find many legitimate facts in both camps. Me as a dog lover, animal lover in general find the fact that he fought his dogs reprehensible and could never understand why anyone would purposely do that, but is that the real issue to the hate from white America? I think it takes a bastard to treat a dog like that but I also understand that it is mostly a southern thing and also that the southern blacks who do it learned it from white men in the past. I hate the fact that this point never comes from a white source. Micheal Vick paid his debt to society, but in reality we as black people don't get to have the luxury of paying our debt to society, we simply become convicts. That's a double standard. I personally get a good laugh out of the accusations that white people hate black men with money. The laugh is not because the accusation is far fetched, which it may be, but from the indignant outrage that is expres
Post a Comment
Read the rest of it »

Tea Party? More like the Y-tea Party. Warning lables On the Constitution. 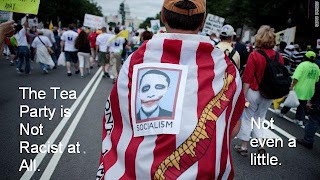 They almost had me. The republican party almost got me folks. I have spent just about every afternoon over the last 10 years listening to talk radio on drives, computers and even headsets and the cumulative effect almost had me falling for the hate disguised as love for the constitution almost swung me to their side. I can't explain how, the best I can do is try. My guess would be that it was a sort of isolation effect due to the fact that I have been writing and building websites much of the time and getting out into the real world socially less than at any time in my life. I listened to Mark Belling and Rush Limbaugh (sidenote: Rush is a racist and an elitist, mark Belling is not, he is just clueless to any other perspective other than his own) on my commute and a lot of what they said made sense to me. I liked the thought of smaller less intrusive government. I liked the thought of less taxes. I could even get behind the thought of actually killing enemies in our war. So
Post a Comment
Read the rest of it »
More posts