Showing posts from July, 2015
Show all

The meek have already inherited the earth, think about it. 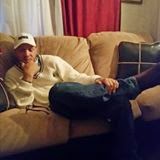 I been not watching the news but this can't be real all these shootings for nothing.... I said it felt like Hell opened and I be dreaming now.... the 4th meant something, they was all good everywhere till nightfall... it seem like GOD gave the U.S a different independence.... The Meek inheriting the earth never sounded like a good thing to me, but that's me. From all I am understanding the "Earth" the enemy's domain. And the Meek inheriting it sound just like grace lifting, that's just me though, a guy who sees "Rib" as meaning side. And Conception as ideas... And SODOM the city as do up in the booty ville.... I see stuff on a slant... from a different perspective, good people fearing to come outside and enjoy GODs creation is the meek inheriting the earth. IJS - I won't argue, but I will listen as a respectable elder (?) instructs me on how I'm wrong, if i am wrong. Matthew 5 4"Blessed are those who mourn, for
Post a Comment
Read the rest of it »

By Husla3x - July 06, 2015
If there is one thing I know at this age in my life it's this - If you are a good friend you have good friends. To put it simpler, hang around with phucked up people and you will become phucked up and get phucked up,... Assholism is contagious.  Husla3x (supergenius) Please click a share button, its hard to get famous if know on knows ya.
Post a Comment
Read the rest of it »

A totally new and unexplored way to look at GAY Marriage. 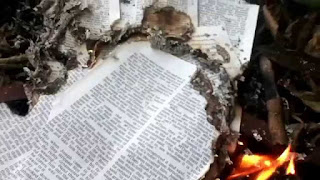 So I know everybody sensitive right now over who fuQn wit who..... Or something like that but I was having a debate with a friend I have that is gay and I noticed a few things that blew my lid.... Anybody ever look at the situation objectively and devoid of emotion? If you do you will see that it has the potential to be so much bigger than the huge it already is... Ok here go the theory built from facts that I made up on the fly. Please don't get to cussing me out because as   i said I love plenty people thats gay... Everybody do or they heartless. so .... I have no oppinion at all and If forced a few months ago I would still not care. Now the situation saddens me because its hurt so many people I love. And everyone deserves love because love makes you better as a people. With that said. *******Anyone ever notice that this movement is rallying to force men of GOD to go against GOD, using GOD word in GOD house to sanctify a thing that GOD has repeatedly and unflaggingly
Post a Comment
Read the rest of it »
More posts